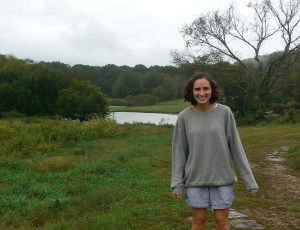 After nearly six years of studying literature and theory in college and grad school, I discovered coding in February 2015 and decided to change what I was doing with my life. In mid-August, I began dedicating almost all of my waking time to studying software and web development, and this blog is mostly a journal of my studies. In November I won a full scholarship to a live-in JavaScript bootcamp in California, where I studied from January until March 2016, occasionally continuing to update this blog.

At the beginning of April 2016, I accepted a position as an apprentice developer at Def Method (formerly Cyrus Innovation), a software consultancy in NYC, and I worked on-site at one of Def Method’s clients, a major real estate firm, for four months. Throughout my apprenticeship, I wrote several blog posts (both technical and otherwise) via Def Method’s Medium account here. At the beginning of August 2016, my partner and I moved from NYC to Baltimore. I continued to work remotely for Def Method as a developer consultant for several more months. In January 2017, I started working as a developer at SmartLogic in Baltimore.

Other things:
* I’ve been studying Japanese since I was 17 years old when I found an inexpensive tutor on Craigslist. I’ve also recently started learning Hebrew.
* I care a lot about feminism/gender equality. One of the most perspective-changing years of my life yet was spent pursuing a research project on Japanese feminist literary criticism at Nagoya University. (I kept a blog about it here.)
* I also like: dogs, hiking, baking chocolate chip cookies, and watching bad movies with my partner